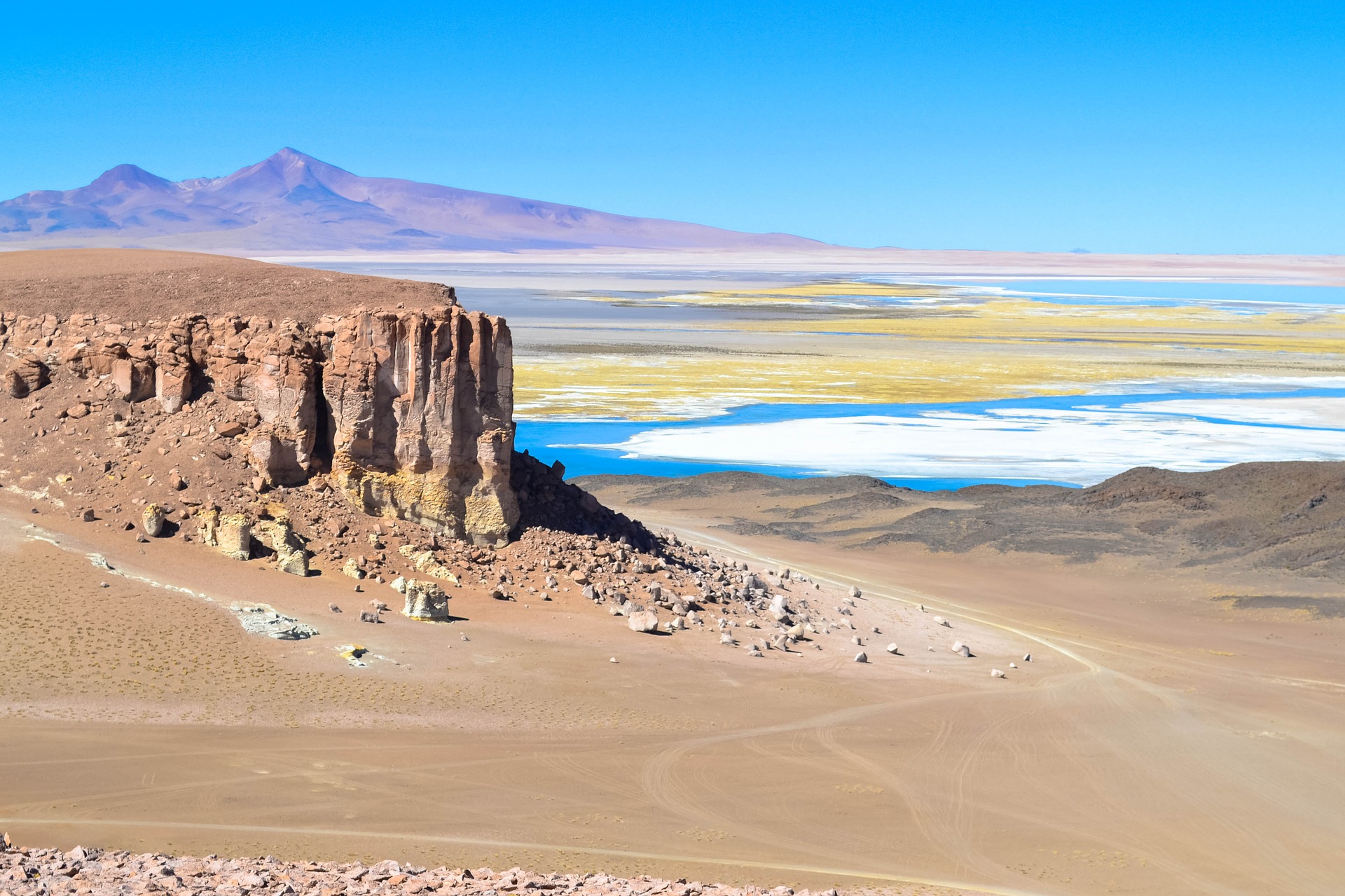 It’s no exaggeration – South America is simply stunning. Around the continent you can stumble upon majestic mountain ranges, breathtaking beaches, immense glaciers, wildlife-rich jungles, thundering waterfalls, jewel-toned lakes and so much more besides. But there are also many surreal sites in South America that you won’t quite believe are real until you see them for yourself; from lunar terrain in northern Chile to a rainbow river in Colombia. So, read on to discover seven totally surreal sites in South America that will blow your mind.

Beautiful and beguiling, the Atacama Desert is otherworldly indeed and truly one of the must-see surreal sites in South America. This extraordinary land sprawls for 105,000sq km in northern Chile, encompassing startling red landscapes like the Moon Valley (named for its extra-terrestrial appearance), salt flats stretching into the horizon, high-Andean lakes populated by Pink Flamingos and geothermal marvels including volcanoes and geysers. Plus, if all that weren’t enough, you can also expect some of the best stargazing in the world here! So, if you ever want to know what life on Mars might be like, then visit the Atacama Desert in Chile.

Imagine standing amid 10,500sq km of luminescent white, with a cerulean sky above you and the outline of volcanoes looming on the horizon. This is what it is to experience the Uyuni Salt Flats in Bolivia, the largest of their kind in the world and surely the most spectacular. Come the wet season at the beginning of the year, these salt pans are blessed with a mirror-like sheen that reflects the skies above, making for an out-of-this-world vista to behold. During the dry season, you can have a go at taking photos with obscured perspectives – something the Uyuni Salt Flats have become famous for!

A man-made (or alien-made?) site rather than one of nature’s creations, the Nazca Lines will blow your mind. Perfectly drawn shapes have been etched into the earth at the Pampa Colorada in Peru’s Desert Coast region, huge geoglyphs that resemble animals – like the spider, monkey and llama – as well as plants and geometrical lines, numbering over a thousand in total and measuring up to a whopping 48km long. The Nazca Lines are thought to be around 1,500 years old, but exactly who created them – and why – is still unknown.

There are many stunning cathedrals all over South America, but none can claim to be quite as surreal as the Salt Cathedral in Colombia. Found just outside Bogotá, in an unassuming town called Zipaquirá, this subterranean church has been carved deep beneath the earth’s surface and illuminated in ethereal hues of blue and purple, with even crucifixes and angel statues ornamenting the underground chapels here. This eerily beautiful site was originally hewn from the earth to mine salt (250,000 tons of it), but today takes on a much more spiritual essence – though you don’t need to be religious to appreciate its beauty.

Brazil boasts countless stunning landscapes, but the most surreal is found in Lençóis Maranhenses National Park to the north of the country. Here, 50km inland from the Atlantic Ocean, undulating sand dunes stretch far into the distance and are sprinkled with pools of blue water – it looks more like an abstract work of art than a real-life setting you can visit! Essentially, what happens is that the sand dunes are shaped by strong winds, while around 50 inches of rain is deposited in the gaps in-between, creating lagoons as deep as 10ft that you can actually swim in (or just take really cool photos of).

In southern Colombia, there’s a river so kaleidoscopic it has been named the ‘River of Five Colours’ – Caño Cristales. This liquid rainbow meanders through La Macarena National Park and is given this unique look thanks to a special type of algae that thrives on the riverbed, blooming between the months of June and November which is the best time to see the colours come alive – particularly under a glowing sun. Gazing at the purple, orange, red, yellow and green waters, interspersed with cascading falls and sinkholes, you can’t help but feel entranced.

While Colombia has its ‘River of Five Colours’, Northwest Argentina boasts a ‘Hill of Seven Colours’ that really does stand out from the rest within the Humahuaca Gorge. Looming over the small town of Purmamarca in Argentina’s Jujuy region – close to the border with Chile and Bolivia – the Cerro de Siete Colores looks as though it has been painted in perfect brushstrokes of violet, rose, ochre, primrose and other bright hues. Legend has it that the children of Purmamarca crept out of their bedrooms at night to paint the hill themselves, while scientists will tell you that it was formed by the layering of various rocks and sediments over 600 million years. This surreal site is one of so many reasons to explore the otherworldly land of Salta and the Northwest.

Feeling inspired by these surreal sites in South America? Plan your trip by using our online itinerary-builder – click here to explore our destinations. Handpick the hotels and activities you want, adjust the durations depending on how long you want to stay in each place, and have fun in the process! Surtrek is always at hand to help out. Call us on 1 866 978 7398 (Canada and USA) or 080 8189 0438 (UK) to talk to an expert, and Discover Your South America with Surtrek! 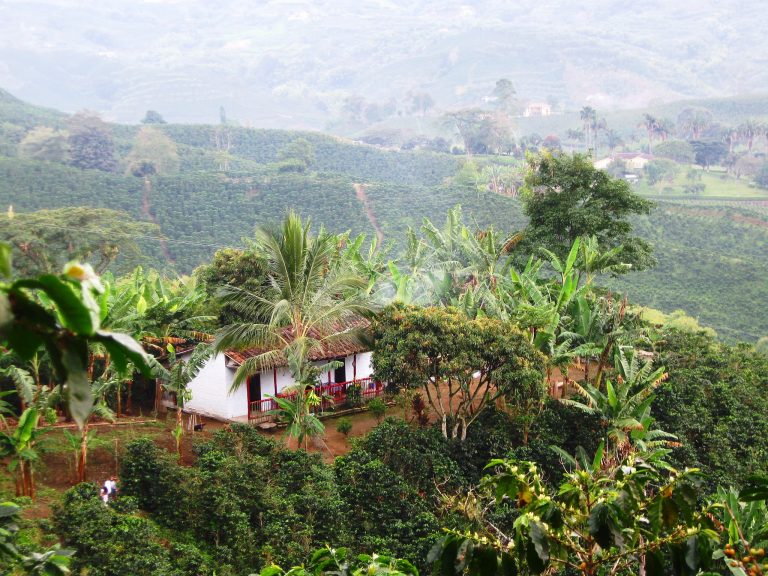 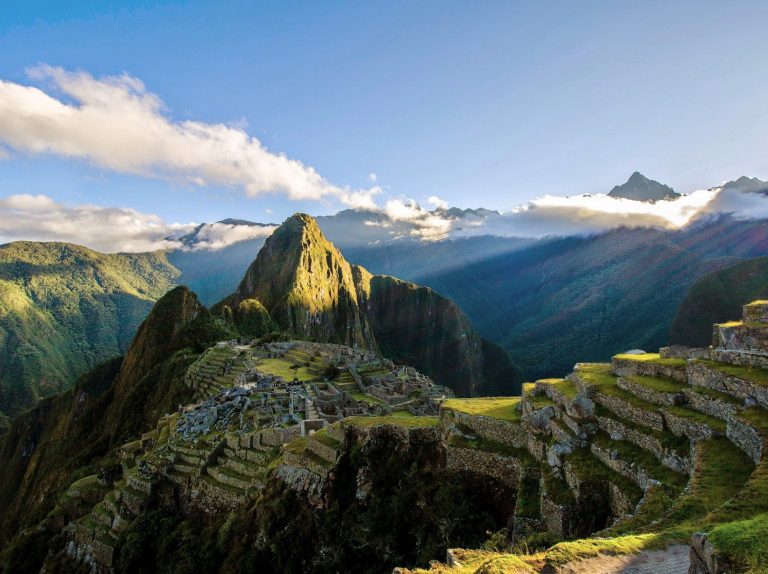